Years ago, I relocated as a single mother to a new state and new home. My daughter, at the time, was five and a good night’s sleep for me was still pretty rare as she would come to my room in the middle of the night needing water or being frightened by a bad dream. At the same time, a close friend of mine was battling terminal cancer and nearing the end of his 2.5-year battle.

The night I learned he probably wouldn’t make It through the night, I was obviously upset. As I slept, per usual, I could feel my daughter was standing beside me and needing me. It was that weird feeling you are being watched wakes you.

I half opened my eyes as I asked her what she needed. But as my sleepy vision began to focus, I saw that my daughter was wearing a nightgown we didn’t own. It was a long white gown with flowers and a ruffled collar high on her neck. As I wondered where she got the nightgown, still half asleep, I then realized I could see through my daughter. I opened my eyes a little wider and then realized my blonde daughter’s hair was brunette.

I decided I didn’t want to see any more or ask any questions and closed my eyes and went back to sleep, deciding I wanted it to be a dream even though I knew it wasn’t.

My friend didn’t make it through the night and I wondered how there could be a connection between a little ghost girl and my friend and later learned that my close connection to him during his passing could have opened me spiritually to any other spirits around.

I never saw her again but after I moved out of the house, a friend told me she once saw a ghost girl in a long nightgown that she had confused for my daughter. 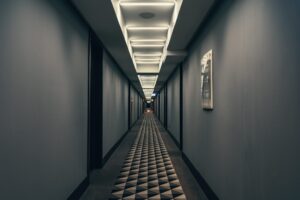 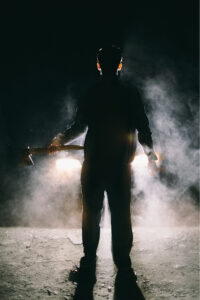 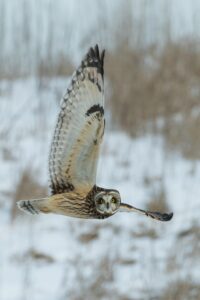