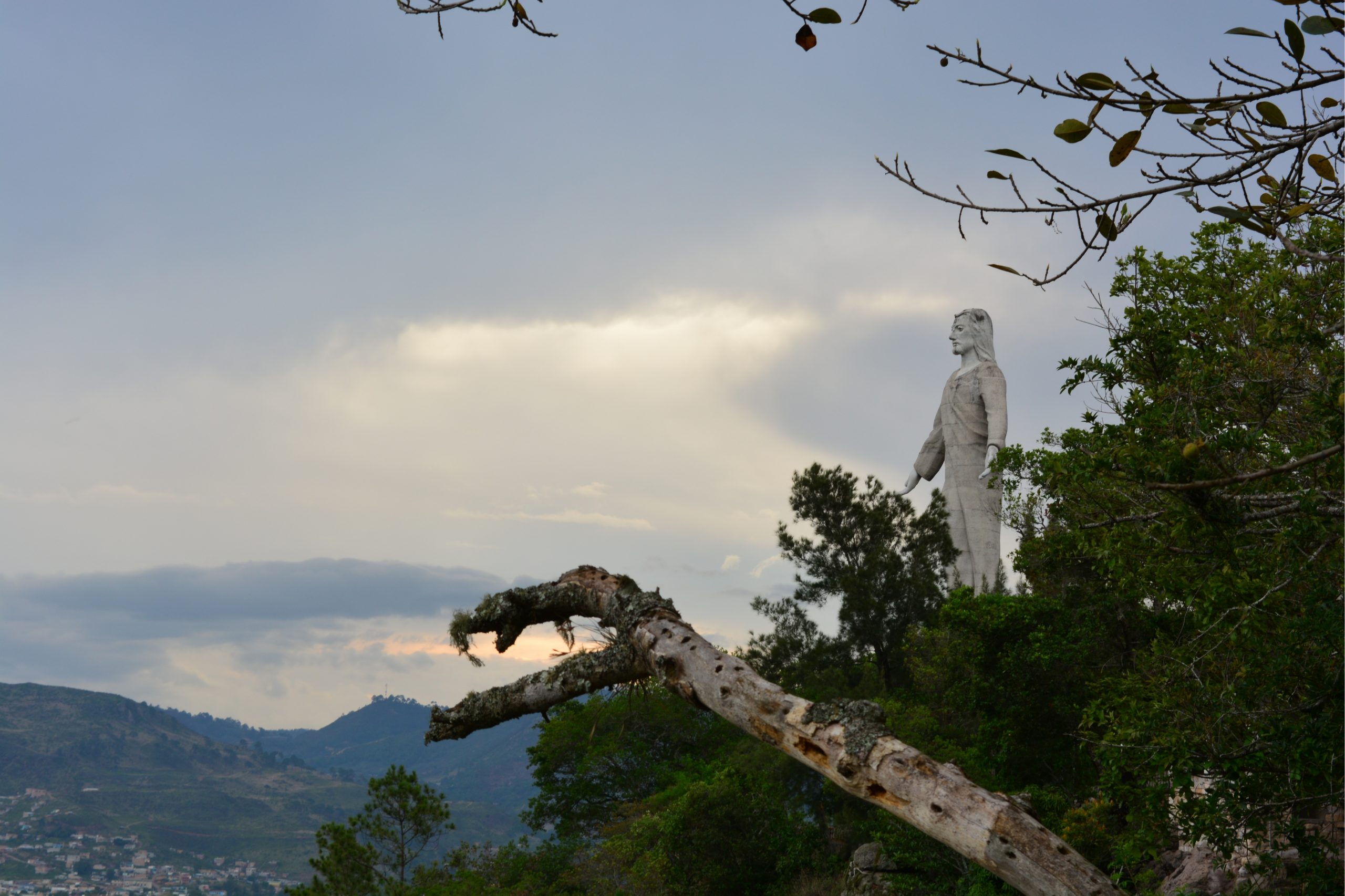 My family and I moved to Tegucigalpa, Honduras in the summer of 2014, into a house owned by the US embassy (my husband is a Foreign Service Officer with the US State Department). I would quickly learn that we were not the only occupants.

One morning, while unpacking, out of the corner of my eye, I saw a little boy walk into the kitchen. Assuming it was our youngest child I turned to face him while saying “what’s up, sweetie?”

I was startled when, instead of my dark haired, dark eyed youngest, I saw a small blonde haired, blue eyed boy who, after a split second, disappeared.

I stood there, clutching some random kitchen item, thinking to myself “what the fuck just happened?” I didn’t see the boy again but both I and my daughter, Aisleen (pronounced Ashleen), sensed that he was around.

The thing about Aisleen is that children love her — her patience, creativity, and joyful spirit always draw them to her. On several occasions she felt someone, we think the little boy, in her room. He would make himself known to her in various ways.

Once, while in her shower, she heard soft singing coming from her room, once she was sitting on her bed and someone plucked a string of her bass guitar, once she heard someone softly say her name. Little things like this would happen every now and again and she just kind of got used to it. She got the sense the little boy was lonely and just wanted to hang out with her and, because she is pretty much the kindest person on this planet, she obliged.

Months later, again in the kitchen, I turned around to see an elderly woman standing by our island, a few feet from me. She was quite tiny and appeared to be Latina. And, just like the little boy, she disappeared as quickly as she had come.

Nobody in our house felt threatened by either of these presences, and I never saw or sensed the elderly woman again.

Whatever was occupying our first floor, however, was a different story. The front door of the house opened onto a foyer, and then stairs that led to the main living area.

But there was a side entrance that led to the ground floor, where there were big closets and two rooms. The embassy used one of the rooms for storage, since they owned the house, and the other room was empty.

There was also a stairway off the kitchen that led to the ground floor. Aside from the initial few days when we moved in, when I was rushing to put things we didn’t need on a daily basis into the closets. I only ever entered that space via the side entrance and not the stairs from the kitchen (that’s an important detail and you’ll see why in a second), I never went down there until I decided to turn the empty room into our guest room. Oh boy.

I ran those stairs every time I used them — up and down. The room I was turning into a guest room was fine, I felt nothing in there, so painting and decorating it was not a problem, but I hated those stairs.

While living in Tegucigalpa I met my two closest friends, both of whom are very sensitive.

Separately I asked each of them to walk the stairs with me. With one I walked down the stairs and we stopped at the bottom, she turned to me and said “I don’t know what’s here but it’s no bueno. Girl, we need to go back up.”

With the other I walked down the stairs and we stopped at the bottom, she turned to me and said “I feel so much heaviness on my chest, almost like someone is trying to wrap their hands around my throat. Heather, you need to talk to a priest because whatever is here is evil.”

Shortly after that I was running up the stairs and I felt pressure on my back, almost like I was being pushed, and then pressure on my neck. I reached the kitchen feeling frantic and terrified.

I spoke to a priest and asked him what he thought I should do. He blessed a jar of water and told me to go into the space and sprinkle the holy water while praying. Which I did. The space did feel lighter afterwards, and I was very relieved, believing whatever had been there had left.

A few weeks later I woke up in the middle of the night thirsty, so I sleepily got out of bed and walked through the living room into the kitchen. I poured a glass of water and stood at the island drinking it.

The door from the kitchen that led to the back stairs was open, I never closed it because it also led to the laundry room, where our cat’s litter boxes were.

Standing at the island, with my back to the door, I suddenly had the feeling that I was being watched, and whatever was watching me felt menacing. I placed my glass onto the island and slowly turned around to face the door to the stairs.

The doorway was pitch black so I couldn’t see anything, but I felt eyes on me and they felt evil. I turned and ran back to my bedroom. I now knew whatever was in the stairway had not left after I cleansed the space, and I felt that it was pissed.

I avoided that space for the rest of the time we lived in the house. If we needed something from the closets I sent my husband down there. He is a skeptic but even he said the stairway felt very heavy and had bad energy.

We weren’t the only ones

We lived in Tegucigalpa for four years. We are now posted to Miami and, buckle up, cause things are about to get weird.

A few weeks ago, Aisleen got together with two friends of hers who had also lived in Tegucigalpa while we were there. They are both now in college but came for a visit so they could all spend time together.

A third girl who had also lived in Tegucigalpa, whose time overlapped with Aisleen’s friends but who had moved before we’d gotten there, lives in Miami and she joined them one evening. Coincidentally her family, also Foreign Service, had lived in our house before us.

They were chatting away and Aisleen said to the girl “did you ever feel anything weird in that house?” The girl looked startled for a moment and said “what do you mean?” Aisleen continued “I don’t know, like something was there?”

The girl said “are you talking about the little boy and the old woman?” The girl went on to say that she had seen a little boy and also an old woman, and that she felt the lower level was a place she never wanted to be.

Mind you, these two girls had never met before this night, and Aisleen had never told her two friends about what she’d experienced in the house.