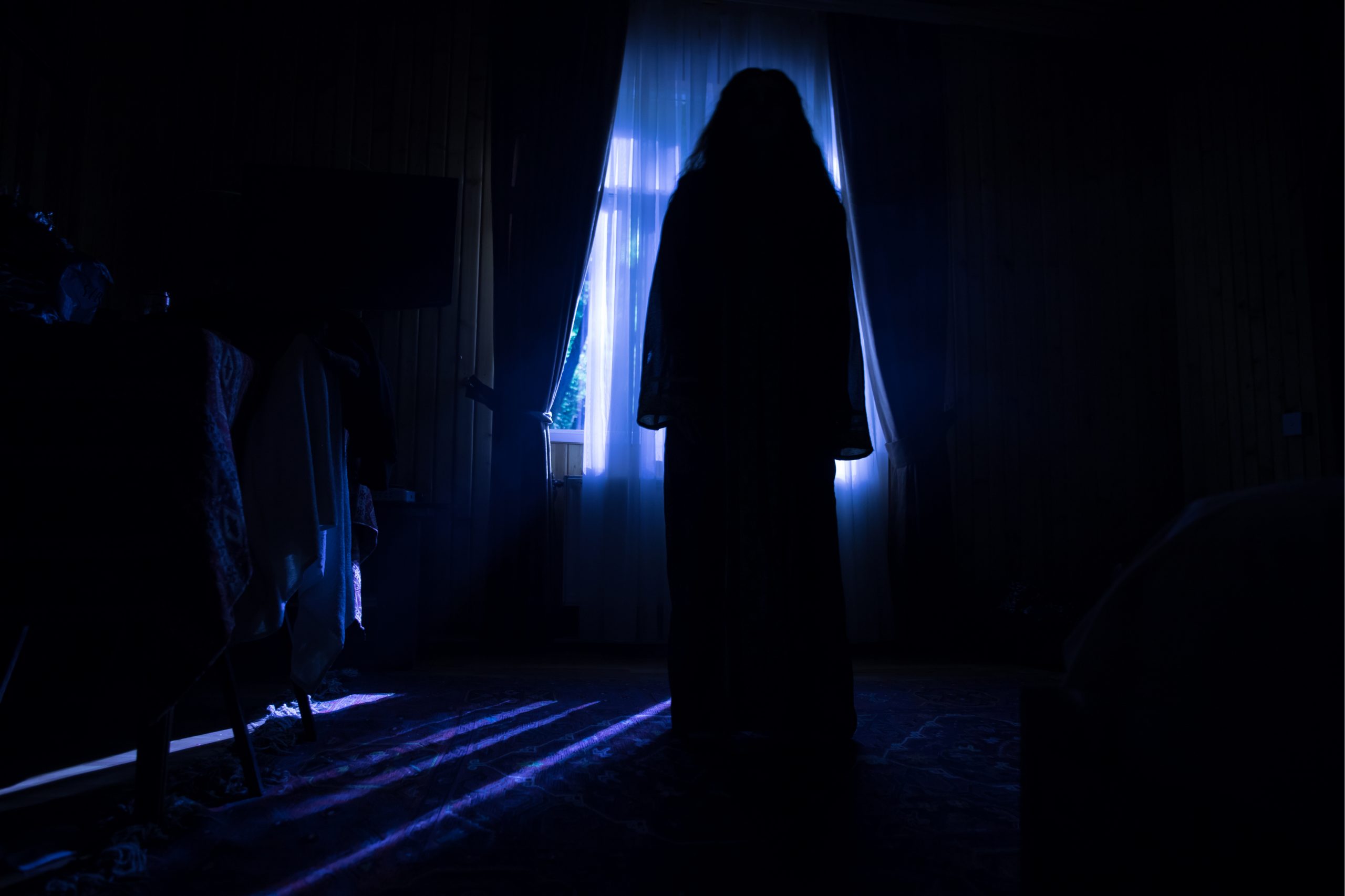 My first experience with loss, with death, was at a very young age. I was about four. I lost my grandfather and my uncle very close together around the age of four. My grandfather was elderly, but my uncle was unexpected.

A few years later, after we had moved from an apartment to a house, I was alone in my room one night, with my clown night light on. I woke up from sleeping, for no particular reason.

Back then, I would sleep through the night. But it was a feeling that roused me; the feeling of being watched. Not even the deepest slumber could keep me from ignoring that feeling, it pulled me to attention.

Eyes wide open and sleep shaken off, I sat up in my bed and looked in my doorway. I saw a shadowy figure, wearing a trench coat and a fedora. The only people who lived in our house were me and my mother.

“Mom?” I called out. “Where did you get that hat and coat?” I knew she didn’t own anything remotely like that. It was men’s attire. But there was no response. “Mom?” Silence. The figure wasn’t so much a figure as a shadow, composed of stillness, distinct from the dark yet somehow, black. Tall, imposing, it filled the doorway. It blocked anyone from coming in, and me from going out.

I shrank under the covers, terrified, afraid to go to sleep, wishing for daylight. I knew it was watching me.

It was later that I made the connection: on my grandfather’s obituary, it was an old picture of him, donning a fedora, wearing a trench, a smirk on his face. I didn’t have a relationship with him, so I have no idea why he was watching me. But my mother is his first born, so maybe…

At any rate, that compelled me to sleep in her bed from time to time. There was no better defense or protector in the world than my mother.

And that brings me to my Uncle Steve.

How timely it was, for me to be right there next to her. I didn’t know it then, but when I got older, my mother told me that Steve, the sibling she was closest to, came for her one night.

He beckoned her to come with him. She said she could feel the breath leaving her body as she moved towards him. Then she looked back at me, the child who had been scared back into her bed after the ghost of her father stared at me all night.

She looked back at Steve and told him, “No, I can’t. Jill…”  He nodded in understanding and went away.

One might think those instances would scare me off altogether from the paranormal. But as I got older, I became more curious about psychics and readings and trying to commune with the dead. I was specifically interested in my grandmother. Cemeteries were no longer scary after I lost her.

But as an adult, unprovoked, alone at home, standing in my hallway in broad daylight, a voice whispered harshly in my ear… “Jill!” It wasn’t malevolent, but it just startled me. I told it as much. I literally asked it to not scare me like that. Haven’t heard from it since then, though.

In a way it’s comforting, knowing that once the light goes out…it’s not the end.

Want to read more stories of the unexplained? Click here.